» I like solving problems in my field of expertise where others have failed. Most people lack the drive or staying power to see things through.¹ « 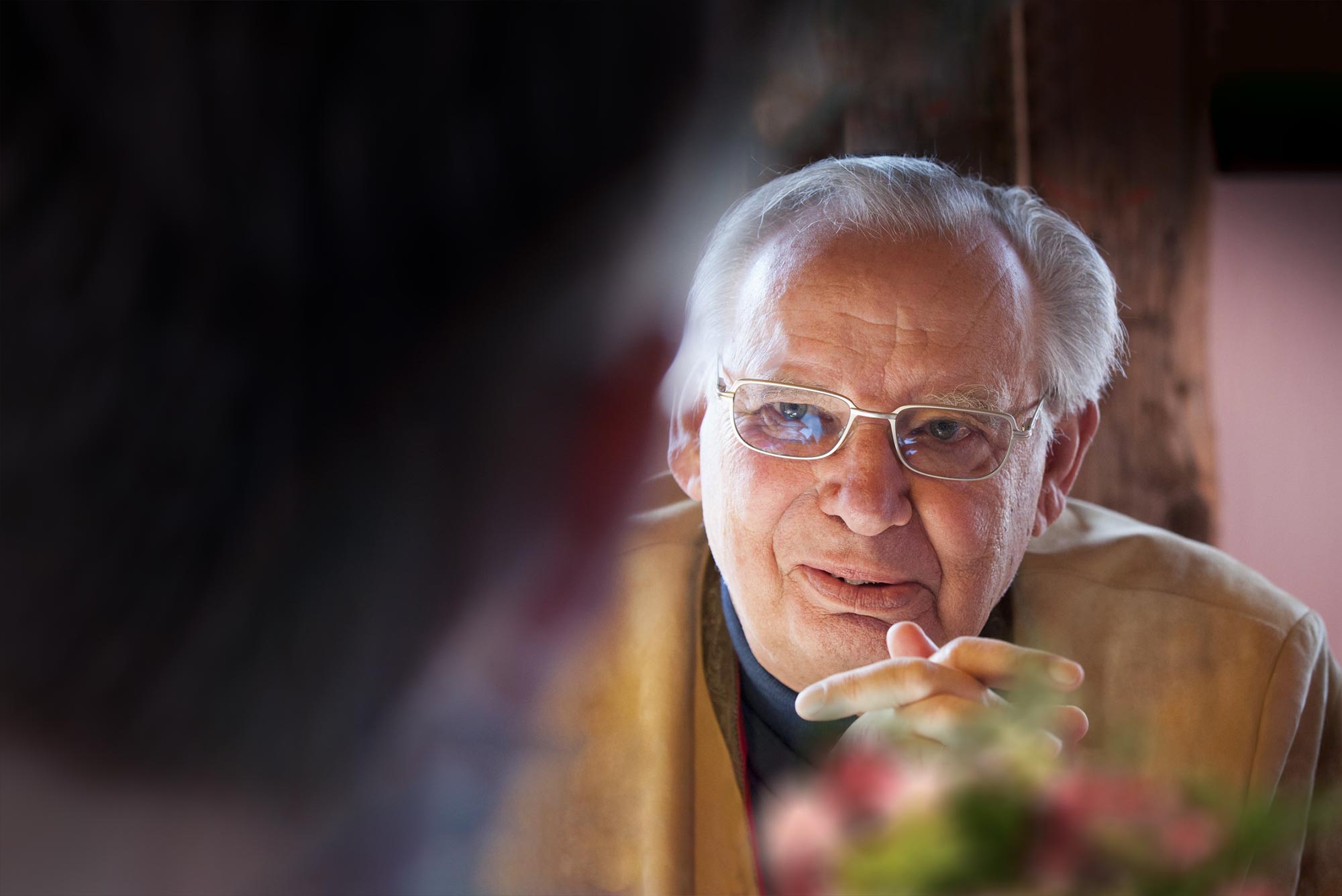 The entrepreneur and scientist Ulrich L.Rohde is regarded as a pioneer in radio-frequency and microwave technology. As the owner of several companies in the USA and a partner in the global company Rohde & Schwarz GmbH & Co. KG, he holds many patents. He is also the author of numerous publications in his field. He holds professorships in electrical engineering and microwave engineering at four universities in Germany, India, Romania and the USA. 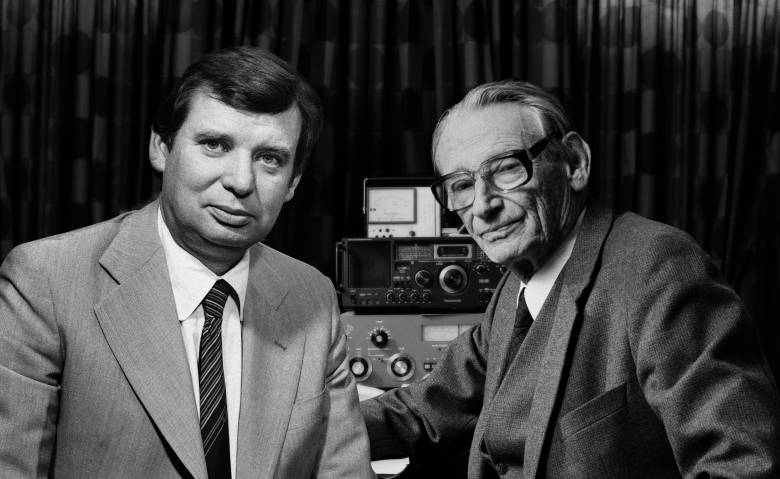 Ulrich Lothar Albert Rohde was born in Munich on May 20, 1940. His maternal grandfather, the chemist Franz Fischer, invented the process for liquefying coal to produce fuels. His father Lothar Rohde studied physics in Cologne and Jena before establishing the Physikalisch-Technisches Entwicklungslabor Dr. Rohde & Dr. Schwarz (PTE) in Munich with his university friend Hermann Schwarz in 1933.

Today Rohde & Schwarz GmbH & Co. KG is a global technology company with more than 13,000 employees, specializing in the fields of test and measurement, broadcast and media, cybersecurity, secure communications, and monitoring and network testing.

After completing secondary school (Abitur), Ulrich L. Rohde studied radio-frequency and communications engineering at the Technical Universities of Munich and Darmstadt. From 1965 to 1968 he worked as a development engineer with the United States Underseas Cable Corporation in Cologne. He then joined AEG-Telefunken in Ulm, where he worked in the military communications systems department from 1968 until 1974.

Since 1973 Ulrich L. Rohde has been a partner of Rohde & Schwarz GmbH & Co. KG in Munich. He pursued his career mainly in the USA, however. He served as the president of the Rohde & Schwarz USA subsidiary in Fairfield, New Jersey, from 1974 to 1982. After that he joined the RCA Corporation in Camden, New Jersey, as a managing director responsible for the military communications division. From 1985 until 1997 he was the president of Compact Software Inc. in Paterson, New Jersey, a company that he also owned. At the same location, he established the Synergy Microwave Corporation in 1985. Today he continues to serve as the chairman of the supervisory board of that company and also as the president of the Communications Consulting Corporation in Marco Island, Florida.

Ulrich L. Rohde has received many awards and honors. Oradea University (Grosswardein) and ClujNapoca University (Klausenburg) in Romania have granted him honorary doctorates,and he has been chosen as a fellow of the Institute of Electrical and Electronics Engineers (IEEE).While filling important positions as an executive and company owner, he continued to build on his scientific qualifications. In 1978 he was awarded a doctorate in radio-frequency engineering in the USA and was invited to join the Epsilon Sigma chapter of the Eta Kappa Nu Association, in recognition of his excellent scholarship. Two years later he successfully completed an Executive Business Administration program at Columbia University in New York.

He was granted honorary professorships in radio-frequency and microwave engineering by the Brandenburg University of Technology Cottbus-Senftenberg in April 2002, and in 2017 by the University of the German Armed Forces Munich, member of the Faculty of computer science (cyber security). He is also a visiting lecturer at the Technical University of Munich.

In 2004 he submitted his dissertation on "A New and Efficient Method of Designing Low Noise Microwave Oscillators" to the Technical University of Berlin. Seven years after that he completed postdoctoral studies at the Brandenburg University of Technology Cottbus-Senftenberg with a thesis titled "A novel approach for generating active inductors for microwave oscillators – mathematical treatment and experimental verification of active inductors for microwave application".

In 2006, he was selected to be part of the Microwave Legends: “Through innovation and invention, these 45 people, places, and things have shaped the microwave industry”, Microwave & RF Magazine.

In 2011, he was selected to be on the list of Divine Innovators of November 2011, Microwave Journal http://synergymwave.com/articles/2011/11a/MWJ_cover.pdf

His companies develop and manufacture special microwave circuits and systems. Rohde has gained considerable recognition, in particular through his selection as the 2014 winner of the C.B. Sawyer Memorial Award, which recognizes entrepreneurship or leadership in the frequency control community, or outstanding contributions in the development, production or characterization of resonator materials or structures. Rohde was honored for the development of PC software that accurately analyzes noise in nonlinear circuits.

He received the IFCS I. I. Rabi Award at the IEEE International Frequency Control Symposium in 2015 in recognition of his intellectual leadership, selection and measurement of resonator structures for implementation in high-performance frequency sources, essential to the determination of atomic resonance. The award recognizes outstanding contributions related to the fields of atomic and molecular frequency standards, and time transfer and dissemination.

In the same year 2015, he received the IEEE Region 1 Award for outstanding scientific contributions and leadership in the design and implementation of sophisticated RF technologies.

This was followed a year later by the Microwave Application Award from the IEEE Microwave Theory and Techniques Society (MTTS) for significant contributions to the development of low-noise oscillators. As a specialist in radio-frequency and microwave engineering, Rohde has been granted dozens of patents.

In 2017 he received the Distinguished Achievement Award from the IEEE Antennas and Propagation Society for pioneering work and contributions to the field of antennas and propagation, leading to development of wireless communications systems for industrial, military and space applications.In the same year he was chosen as the winner of the W. G. Cady Award for pioneering research, development, and commercialization of signal generating and processing devices for commercial and scientific applications. The W. G. Cady Award is granted by the IEEE UFFC society to recognize outstanding contributions related to the fields of piezoelectric or other classical frequency control, synthesis and measurement, and resonant sensor devices.

In 2017 he was also the recipient of the RCA Life time achievement award (Radio Club of America) “For significant achievements and a major body of work accomplished over a lifetime that has advanced the art and science of radio and wireless technology”.

In 2017 he was also the recipient of the Leadership Award of the Wireless Innovation Forum (formerly Forum International Achievement Award), which is presented to an individual, group of individuals, or organization that made especially significant contributions in furthering the global mission of the Wireless Innovation Forum. Dr. Rohde was recognized as the inventor of the software defined radio (SDR) and was among the first to present publicly on this topic with his 1985 talk, “Digital HF Radio: A Sampling of Techniques,” at the Third International Conference on HF Communication Systems and Techniques in London.

In 2019 he has been selected to receive the 2019 IEEE CAS Industrial Pioneer Award. The Industrial Pioneer Award honors the individual(s) with exceptional and pioneering contributions in translating academic and industrial research results into improved industrial applications and/or commercial products. The award is given by IEEE Circuits and Systems Society and president Yong Lian extended his congratulations and looks forward to honoring Dr. Rohde at their flagship conference, ISCAS 2019.

In 2019, Ulrich L. Rohde was invited to the “Honorary Fellowship” of the Institution of Electronics and Telecommunications Engineers in India. The institution has been recognized by the Indian Government as a scientific and industrial research organization as well as an educational institution of national eminence, which promotes national development and growth. Outstanding personalities from science, technology, education and industry are included in this honorary fellowship. Previous dignitaries include major technocrats, Nobel laureates, industrialists as well as top-ranking national and international leaders.

Also in 2019, IIT Jammu appointed Ulrich L. Rohde as Honorary Institute Chair Professor and wrote: “Looking at your iconic and ground breaking scientific contributions in the domain of Electrical and Communication Engineering, IIT Jammu feel privileged to invite you to join as Honorary Institute Chair Professor. Your honorary Professorship shall provide IIT Jammu with mechanism by which you can interact and mentor our faculty and students. This would add a lot of value to a nascent Institute like us for innovation and academic growth“. IIT (Indian Institute of Technology) Jammu is one of the fastest growing third generation IITs in India.

In 2021 he was awarded the Cross of Merit of the Federal Republic of Germany in order to honor his outstanding contributions as scientist, university lecturer, developer and entrepreneur in the fields of radio frequency and microwave technology.

In 2022 Professor Ulrich L. Rohde was recognized for his outstanding engineering achievement in the field of optoelectronic signal generation and optical measurement equipment for next-generation intelligent optical networks. He was the recipient of the IEEE Photonics Society Engineering Achievement Award, which consists of an honorarium and a medal. The IEEE Photonics Society Engineering Achievement Award is given to recognize an exceptional engineering contribution, which has had a significant impact on the development of laser or electro-optic technology or the commercial application of technology within the past 10 years.

Ulrich L. Rohde has published more than 350 scientific papers and written several textbooks. In 2008 he established the Ulrich L. Rohde Foundation in Munich. Its mission is to promote scientific teaching and research in the field of electronics and information technology with an emphasis on radio-frequency and communications engineering. In 2009 the foundation established the Ulrich L. Rohde Foundation Professorship for radio-frequency and microwave engineering at the Brandenburg University of Technology Cottbus-Senftenberg.

When his alma mater, the Technical University of Munich, created a university foundation in 2011, he did not hesitate to provide a substantial contribution as a founding donor.

The Brandenburg University of Technology Cottbus-Senftenberg cited his outstanding commitment with the words, "He is not yet a Nobel Laureate, but he is a man of scientific nobility."²